The One with All the Candy

When Phoebe tells the gang about how she was too poor to have a bike as a child, Ross goes out and buys her one. Phoebe loves the bike but the gang soon discovers that she doesn’t know how to ride a bike. Ross decides to teach her. Rachel writes a playful work evaluation of Tag that he accidentally turns in to human resources. Rachel fears for her job but Tag is able to cover by claiming that he wrote the review himself as a joke. Monica decides to make candy and leave it outside her door as a way to meet the neighbors. The candy is a huge hit and people start dropping by at all hours to get more. Eventually Chandler convinces her that she’s trying to buy the friendship of the neighbors and it’s not working since they love the candy but don’t even know her name. 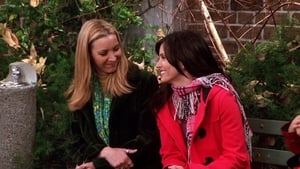